THE FLYING OF THE DIGITAL SIGNAGE FLAGS

UNICOL’s project and development team have helped enhance Brent Council’s main atrium with the introduction of large-scale LED digital signage. London’s Borough of Culture for 2020 is one of 32 local authorities in the UK’s capital and looks after over 330,000 members of the public. Their Wembley based civic centre is widely recognised throughout UK councils as cutting edge.

To increase their digital signage capabilities within the atrium of their building, Brent Council who are well known for their innovative use of AV, wanted to introduce LED video walls that bore a resemblance to hoisted flags. To further enhance the unique structure of the building, the Council’s wish was for the digital signage structures to project from four large concrete pillars which would allow information to be displayed on either side of the atrium able to be seen as people entered or exited the building. This high footfall area called for a solution that was discrete, harmonized with and contributed to the overall aesthetics of the centre.

AV integrators, 21st Century AV, who have worked with Brent Council’s AV team on a series of internal projects, asked UNICOL to help them to produce a bespoke 1.5x4m LED solution. UNICOL’s design and projects team were presented with an image to show how they wanted the look and feel of the project to be, this was then worked on with 21st Century AV. The displays, ‘flags’ would need to be vertically supported on the concrete pillars at a height of 2.5m above the atrium floor rising to a total height of 6.5m overall.  In order to accommodate the Absen A2725 Plus LED panels, UNICOL needed to create a support mount matrix, external frame and integrate its well-proven VCC (vertical column clamps) to complete each assembly. The solution also needed to accommodate the new Brent Council logo, faithfully matched to their RAL colour scheme.

This project presented structural challenges; how to vertically suspend the large and potentially heavy LED walls, complete with mounts without compromising the structure of the concrete pillars was the first hurdle. The second being to keep the overall weight down. The solution needed to be easy to assemble, install and maintain without impacting the aesthetics of the overall design. Rather than utilising a conventional metal rear cover UNICOL created a polyester fabric panel printed with the Brent Council logo which was not only lighter but enabled technicians to easily access the BrightSign Media Players and NovaStar LED Controllers without having to remove heavy metal panels at height.

The four 1.5m x 4.0m LED flag style solutions were installed by 21st Century AV over one weekend. Each discreetly blended into the surrounding building structures but maximising the impact of the LED content upon entering the council centre.

Luke Lester, AV & FM Projects Manager at Brent Council, said; “the delivery of this project is the successful result of close coordination between the Facilities Team, the AV Team and our electrical and AV contractors. The system is completely bespoke and has been designed to suit the council’s requirements whilst maintaining the aesthetics of the building. It is great to see everything finally in place.”

For more information on products, custom projects or even just advice, get in touch via +44 (0)1865 767676 or visit unicol.com. Alternatively, to discuss any AV integration requirements, visit 21stcenturyav.com. 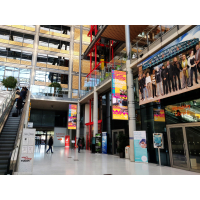 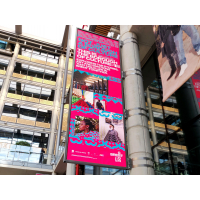 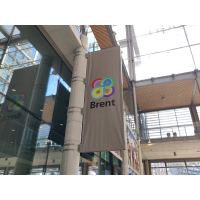 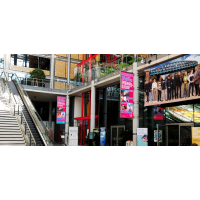